This article first appeared on my regular column at Forbes.com.

When you observe great businesses and poor ones, it is sometimes the intangibles that differentiate the weak from the strong. What do bad companies and employees do that causes careers and ventures to fail? As we look a little deeper at those who flounder consistent behaviors appear. See how many of these offenses you recognize:

1.    Fluffy Accounting. Whether an organization is small or large, even experienced entrepreneurs can use notoriously bad logic where money’s involved. It’s as if there’s a mental measuring gauge that compels some executives to believe the more money they command and expend, the more they’ve accomplished. Fluffy accounting refers to dodge and weave justification for decisions made on any other rationale than hard ROI: “This is worth it because they’re a good client.” “That’s just the cost of doing business.” “I know there’s no budget for this, but who can I call in to finish this project?” “It’s only a few small projects and a 90-day delay. Besides, this is vacation month.” Smart organizations recognize every resource expenditure counts. Especially in the current economy, there’s no fuzzy zone where bad decisions can hide. Strong executives learn that by removing the risk and making a solid ROI justification for a decision, they can obtain whatever resources they need, with no need to hide behind fluffy math. 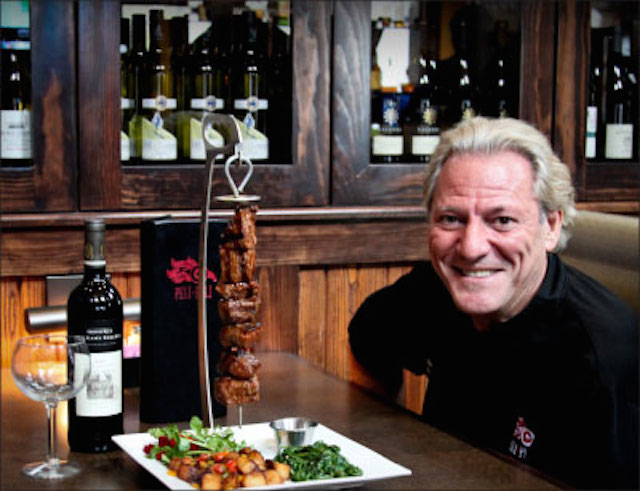 2.    Positioning Downwind from Dumb Money. This is a business strategy of sidling up to a customer organization or department that can provide your business with a “fat dripping roast.” In the service arena, hours and billings rack up fast for miscellaneous meetings and paperwork. Projects aim for the ego of the budget holder (award entries, personal PR) instead of the strategic goals of the firm. It is a short-term strategy and ill-fated: When the client organization is acquired or experiences a significant juncture who’s first to go? Yep. The jig is up and the dripping roast is now toasted, together with the costly followers-on.

3.    Reliance on Fake-Outs and Lies. Organizational leader: “Be brazen. If you say it boldly enough, it’s the truth.” No, it isn’t. Conviction is powerful, but an executive or a company can only get so far on sheer force of will. Eventually, only strategies that can be proven out and voices that have earned credibility will prevail. The crime of lying applies to sales as well: “You are not allowed to participate in business development,” a former partner informed me. “You’ll leave money on the table.” Yet our company was recently offered an ongoing series of projects purely because we are trusted. A state organization included us on its approved vendor list on reputation alone, but said that it would be extremely unlikely and complex for any other agency team to be approved or considered. Moral issues aside, credibility is good for business and speeds the ability to seal future deals.

4.   Decisions by Ego. I heard someone remark laughingly about a senior executive, “it looks like his ‘inner child’ is pretty much running the place.” It was funny, yes, but in too many cases the observation is true. Some leaders are less motivated by winning than by the fierce need to not lose and will do anything required, even absurd or illegal, to achieve the heady experience of beating a foe. Taking out a patent for a medical breakthrough not to develop a product, but to block a competitor from expanding or to prevent a competitive threat is an example of this. One executive contemplated taking out a business license in another company’s name in the hopes it would block the competitor from legally operating in the city where their facility was housed. (She failed.) In contrast, one young founder in our state, recognizing his limits, proactively attracted and hired his own replacement and now reports to the new CEO as his boss. “I wanted the company to succeed more than I wanted to stay CEO,” he said. His organization has doubled. Yet the business landscape is littered with the corpses of companies and leaders who were so highly driven by their egos that they lost sight of their company goals.

5.    Leadership by (Bad) Example. “Do what I say; not what I do.” Bad deeds do not go unnoticed. It may take some time, but leaders who spike the hypocrisy meter are destined to fail. Their managers and employees are disengaged, or allow the dishonesty to justify their own bad choices. The disengagement spurs terrible delivery and customer service. The service/profit chain disintegrates all the way to the end. But leaders—even highly demanding ones—who exercise high integrity in their own behavior can count on loyalty and engagement from their teams to the end.

6.    Premature Declaration of a Fait Accompli. This is sometimes referred to as the “Microsoft strategy”: Instead of rising to the summit, you plant your flag at the bottom of the hill and hold a press conference to announce your intentions and declare the contest complete. In the early days of technology an announcement of intent by a large player was enough to hold the competition at bay. But no longer. In the Internet economy, the announcement of anything less than a near completed project simply tips your competitors off about where you’re planning to go. Better to hold the news and celebration until your project is legitimately very close to complete. Can someone place an actual order? Until then, it’s not a product you’ve got. It’s merely a plan.

7.    Emphasis on Operations, not Sales. I met the co-founder of an innovative restaurant in Las Vegas meetings this week. Peli-Peli, in Houston, has innovated a new variety of “South African fusion” cuisine. Now five years old, the company is preparing to open a second location. I asked partner Michael Tran what he and founder and chef Paul Friedman would do differently in the early years of their business if they had to do it again. “We’d lead with marketing and sales, not operations,” Tran said. “In our first years we put our emphasis on getting everything ‘just so’ in our operational process,” he said. “Looking back, I wish we’d focused more of our earlier attention on sales.” Thankfully, the team adjusted early and revenues are booming today (in fact the team will be expanding to a second Houston location next year).

Any one of these deadly sins can put a dent in your business. Collectively, they will take the wind from your sails.  What are you doing to avoid these traits in your own current venture? I welcome your thoughts.