For Epic Business Success: How To Find Your ‘Miles Davis’

This article originally appeared on my regular column at Forbes.com.

How do you take an organization from exceptional performance to one that has discovered its very essence on a pathway to all-out success? Perhaps the path to epic business success is more straightforward than you may think.

I last spoke to Dr. Patrick Gentempo in my article, Anatomy Of A Breakthrough in June. He is a serial entrepreneur and philosopher who is now in “Act 3” of his career as CEO of Action Potential Holdings, and as a speaker and author working to help individuals and businesses find their greatest potential and higher purpose. Today he talked to me about the process of finding a company’s essence in an anecdote he shared:

“For her birthday I took my wife to a new restaurant in New York City that was earning a great deal of buzz. It is called NoMad.” (Note: contributor Jenene Ronick reviewed NoMad for Forbes in this April article from 2012.) 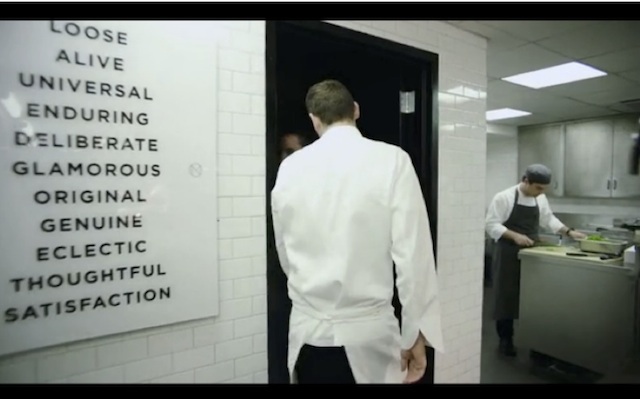 NoMad is a business that successfully expresses its essence in every respect. (Image courtesy of NoMadHotel.com)

“I knew I was in a special place as soon as we walked in the door,” he said. “In summary. I would say it was one of the finest dining experiences we ever had. A stimulating, sexy environment. Incredible, but friendly service. Extraordinary food.”

“As is usually the case with me, when I see a successful business I like to talk to the people who are in it. Our waiter’s name was ‘Mark’. Mark was a well-poised, handsome, well-trained server.  When my wife got up to use the restroom, I decided to probe a little bit. 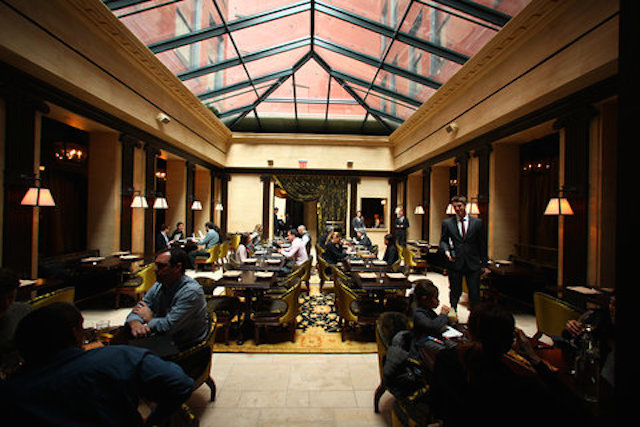 “I explained to Mark that I saw the video clip on the restaurant’s website and it caused me to want to come in and experience NoMad first hand. I further explained that what stood out to me most was the sign on the wall of the kitchen with a list of words that represented the business’ core values. I told him I took a freeze-frame photo of those core values. They were intriguing, and included words I haven’t seen used as core values for other businesses. There were concepts such as ‘glamorous’ or ‘alive’ or ‘enduring’ or ‘universal’ or ‘loose.’

“This is where the conversation turned very interesting for me. Mark shared with me that he worked at 11 Madison Park when they were a Michelin two–star restaurant. He said the people from Michelin told the owners that in order to go from two stars to three stars they would have to “find their Miles Davis.” 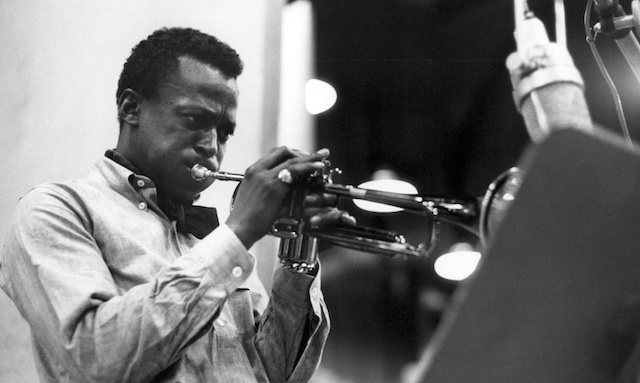 “I was struck by this notion in a way I cannot fully describe. I knew exactly what he meant. To achieve performance that is truly exceptional you must get in touch with your deepest sense of soul and then learn express it outwardly in every way possible. This was a context of vitalism in business in the most pure form I had ever heard it expressed.

“You cannot go from a Michelin two-star restaurant to a Michelin three-star restaurant by improving mechanized processes. Incrementally improving food, service, or environment won’t get the job done.  The only way you can get to the ultimate level is by finding your soul–your very essence–and expressing it completely and authentically. The only path to business transcendence is to ‘find your Miles Davis.’  In other words, you must express the essence of the business energetically, and throughout the business itself.

“This concept is beyond values-based decision-making and the foundational principles of business. (Those are important as well). But this meaning is a higher goal, and is deeply spiritual.

“Mark then explained that the owners of 11 Madison were inspired by the artistry of the Rolling Stones. So they kept the Rolling Stones in their minds as they identified the words and themes that embodied their experience of the Rolling Stones and they sought to translate that spirit into their business. And by expressing this newly exposed essence, they went from a Michelin two-star restaurant to the ultimate, rarefied level of Michelin three-star. I was also struck by the fact that this wasn’t the restaurant’s owner telling me this story, but rather a member of the wait staff.  And that, in particular, ladies and gentlemen, is a serious clue to success.”

Gentempo continued, “There are many ways for entrepreneurs and larger businesses to leverage this concept into their business reality as well. In many respects, it is less a concept of ‘what to do’ and more the idea of letting go and surrendering to your higher purpose itself.  And when I say surrender, I don’t mean ‘passive surrendering’ or weakness and giving up, but rather the ultimate empowered state where all masks come off, and your business is purely and fully expressed.

“You let go of that which contradicts your nature and surrender to your true essence, which allows you to vibrate at a state of pure power and authenticity. At that point you become totally free to deliver a customer experience that very few organizations will ever be able to match.

Patrick Gentempo is CEO of Action Potential Holdings, Inc., and a serial entrepreneur who has discovered his own essence and helps other businesses to discover their highest values as well. (Image courtesy of PatrickGentempo.com)

“This concept may appear counter intuitive to the typical notion of the hard-driving, financially conscious, strict policy and procedure following enterprise we typically learn to consider as a virtuous venture.  But one capability doesn’t preclude the other. In the end, there needs be a vitalistic element to your organization if you want to create a company that doesn’t just rise, but seemingly levitates above all other participants in its space.”

How will you find your own “Miles Davis?” And what would it take to be the equivalent of a Michelin three-star restaurant in your own sector?  With thanks to Patrick Gentempo for his contributions to this conversation, I welcome your thoughts. Readers who would like to connect with Gentempo can reach him at PG@ActionPH.com.