How To Make The 1 Degree Calibrations That Assure Your Success

Dr. Jeff Magee: ‘Shift Happens’ — How To Make The 1 Degree Calibrations That Assure Your Success

Article originally published on my regular column at Forbes.com.

In an exclusive to Forbes’ Entrepreneurs channel, leadership coach and author Dr. Jeffrey Magee (known as “The American Business Guru” to many) has unveiled his newest book, “The Line: Your Trajectory Code,” available from Amazon and from www.trajectorycode.com beginning today.

Jeffrey Magee, PHd (organizational psychology), PDM, CSP and CMC (Direct Marketing, Speaking Professional and Marketing Consultant) is a familiar name in Fortune 100 circles as a popular keynote speaker and development coach in marketing, leadership and sales. He’s done leadership development for NASA. The curriculum he developed at NASA is prevalent in a multitude of the Fortune 100 and has also become the core of textbooks for post secondary schools.

Yield Management: The Leadership Alternative for Performance and Net Profit Improvement, has been translated into 6 languages. The Sales Training Handbook (the most predominant of his four textbooks) has been translated into 21 languages, so far, by McGrawHill. He is also the publisher ofProfessional Performance Magazine, which has interviewed and profiled leaders and public personas ranging from President Obama, Richard Branson, and most recently, the Dalai Lama. All told, a highly accomplished individual who is now applying his skills to instilling achievement in others, in skillsets that are, of course, extremely advantageous to entrepreneurs.

I met Magee myself just last month in Las Vegas, as he presented the opening keynote for CEO Space’s December 2013 business growth conference event. I was interested in the Trajectory Code strategy, of course, but I was also interested to discover how Magee’s unique career came about.

First, the Trajectory Code, which Magee presents in his new book as the consistent and surprisingly simple process for mapping any life, any individual and any project for success. According to Magee:

But invariably, as we all know, our achievements—the “C’s” we get–are not the achievements we wanted. We quit, we miss, our products are buggy, and we end up with consequences that land us miles away from the fullness of our actual potential. The formula—and the outcomes–apply to every aspect of living, Magee notes, ranging from substance abuse addicts, people working to achieve athletic or professional goals, or even groups of people or a society working to accomplish a massive goal. Facebook, for example, or Obamacare. So if the process and outcome is predictable, how do we alter the course that sends a plan of action careening towards incomplete outcomes or even out-and-out misses?

This, Magee tells me, is the secret of the Trajectory Code. The “trajectory code” is a fairly straightforward template for identifying and enacting one degree course adjustments—continually—that adjust a work in progress by a single increment at a time. Perpetually, we fine tune the course, a step at a time, to modulate the outcome from a complete miss to a home run, based upon the projected and agreed-upon goal. Here’s the diagram that shows how the Trajectory Code works: 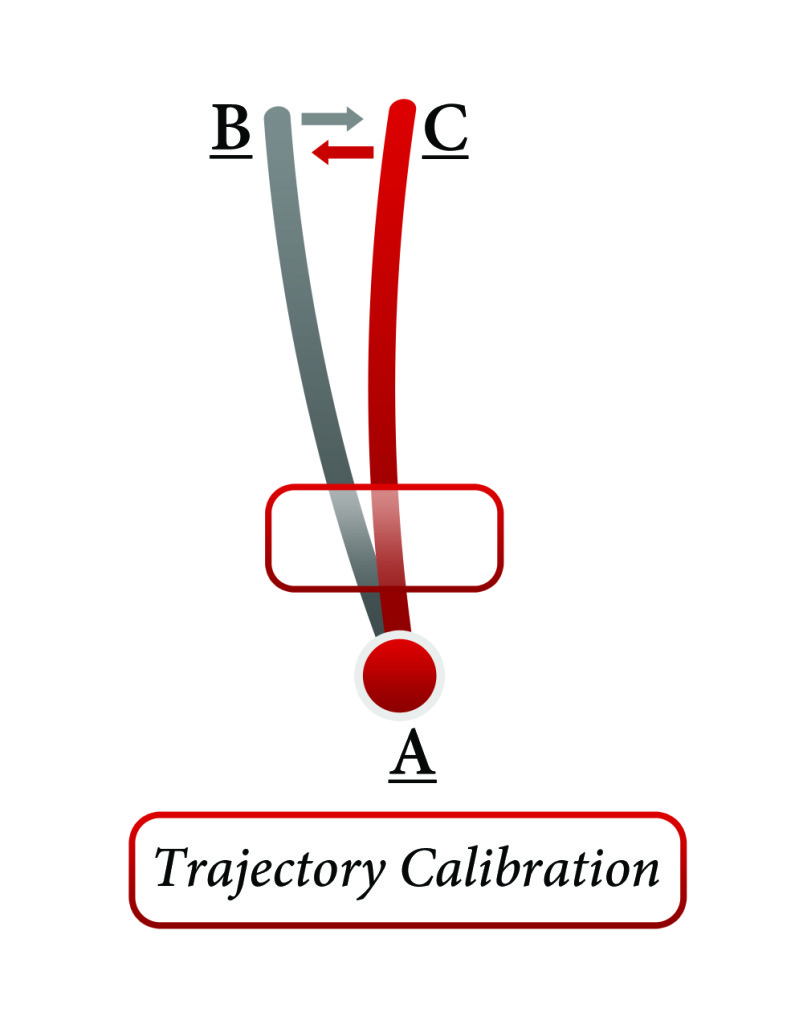 I can see the applicability to achievement goals such as athletic achievement or fitness. The right tweaks to training and nutrition, a degree at a time, a day at a time, can make astonishing (and predictable) differences to the result.

In our interview, Magee talks about applying the code to a group of substance addicts he was coaching. They had the desire to change. They were willing to take the required steps to recovery. But at the front of the process, Magee identified an element the groups had been formerly been missing and modulated the approach by a simple but critically important degree: He required each of them to move, immediately, to a new community, far enough away that while drugs could still be found, clearly, the individual didn’t know from who or where—and there was no familiar pattern and path at which day after day the individual would have to re-make the vital decision of whether to turn right, and drive home, or turn left to find the dealer or the familiar liquor store or neighborhood bar.

Now the course of the path was forever changed. Next step, when needed, could be modulated for another one degree change, and then another. The familiar path and code had been broken, and the “C” these individuals achieved could finally be the freedom from their prior patterns, at last. Product development—government acts—all goals can be profoundly influenced by the Trajectory Code template, Magee says.

Finally, some interesting notes about the genesis of Magee’s own career. He grew up in a small town (as I did). His initial degree was in journalism. Magee became a business reporter in Kansas City and quickly determined that he loved journalism, but didn’t like the relative poverty that came with it. At the regional press club he observed that the cars, the wealth and the great life journalism offered seemed to apply, perhaps, to the “NBC anchors”—but to few or none of the participants at any of the levels below.

Magee was also dismayed by the predominant bent in the press on negative and sensational stories, as opposed to positive news or the information that could help guide readers and situations to better solutions. “I began to have some internal trajectory challenges,” he said. So he began to scope out the most unusual journalistic features he find. He would go to the White House and focus a story not on the President, but on the chief of the president’s personal security staff. He was the last person to interview Dr. Seuss, and investigated the unknown personal facts of the author’s life instead of the renowned set of books.

Then he migrated to American Home Products and became a sales rep. The company paid for training, and offered access to a 12-week Dale Carnegie course. Magee enrolled, and quickly realized he had found a new passion. He became the world’s youngest certified Dale Carnegie instructor. From there, he began a graduate degree in organizational philosophy. His dissertation became the first of four textbooks many universities are now using worldwide. Certifications in direct marketing and public speaking soon followed and led to development of the diverse skills that drive Magee’s organization and comprise his current practice. A Bootcamp course for public speaking is currently in the offing (I plan to attend).

I have quickly discovered that Magee is passionately patriotic as well. “We seem to have forgotten that despite our disasters, America is still the best country in the world,” he maintains. “I also believe the Trajectory Code principles could help resolve every one of the crises we face. For example, the mess we currently have in Obamacare—as a nation, we have within our hands the tools that could fix it. VISA, Zappos, Facebook—Facebook knows how to handle 55 million concurrent users at once—and the Obamacare site can’t handle more than 1,270. All three companies have offered their assistance. And yet we invest $1 billion in a site that is destined to fail. We tolerate the ‘A’—we bemoan the problems—but we don’t make the course correction until we either impeach or the system has entirely failed. We could fix this with the Trajectory Code process—modulate, adjust, correct—but we don’t.”

It will be interesting to see Magee’s process and philosophy as he applies it to additional current and future events. In the meantime, readers can find Magee and connect with him directly in three primary places: www.jeffreymagee.com,www.trajectorycode.com, and www.professionalperformancemagazine.com.