Can Somebody Please Be Prepared!

Boston Mayor Thomas Menino, while giving a speech in support of his hometown Boston Celtics referred to two of the teams star players, Kevin Garnett and Rajon Rondo, by the wrong names.

“There’s a lot of heart in this team, let me just tell you,” Menino told reporters. He continued saying, “KJ is great but Hondo is really the inspiration. Hondo drives that team.”

Garnett regularly goes by KG and most sports fans, especially NBA fans know that KJ refers to Kevin Johnson, a former point guard with the Phoenix Suns who is currently the Mayor of Sacramento. Likewise, Rondo commonly goes by his last name, spelled with an “R” not and “H.”

Menino has maintained a sense of humor about the error. After the incident, he Tweeted, “You know it’s championship season when I flub our athletes’ names! Sorry KG & Rondo, it’s kind of my thing — another Menino-ism!”

In another recent instance, Kathy Lee Gifford, host of the Today Show made an embarrassing blunder while interviewing actor Martin Short to promote his new movie, Madagascar 3. During the interview Gifford talks about Short and his wife, emphasizing what a great marriage they have. At one point she asks how long they have been married and how they manage to stay so happy together after all these years. 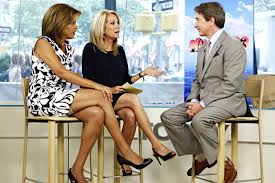 It wasn’t until later, during a commercial break that Short politely explained to Gifford that his wife had passed away a couple years ago due to ovarian cancer. Gifford apologized, but what an embarrassment.

In my opinion these embarrassing situations could have easily been avoided with a little preparation. From a PR perspective, we work with our clients on regular basis to prepare them. Here’s some simple advice for making sure you’re prepared and don’t embarrass yourself or your company.

1. Listen. You can’t be expected to remember everything all the time, but if you don’t listen you don’t even stand a chance of remembering. I know people who have been present for and participated in multiple conversations about things such as colleagues buying a home, having a baby, weekend and vacation activities or other milestones only to later ask things like, “Oh, you went on vacation?” after they return. Put your phone or laptop away, listen and pay attention to what’s being said.

2. Don’t be afraid to ask for clarification: I have a difficult last name. It gets butchered on a regular basis. My first name to for that matter. There’s nothing wrong with asking how to pronounce a name if you’re not sure. However, as the name is being told to you, listen so you can get it right. I worked with a client with a difficult last name, both to pronounce and spell. I had to introduce him to media on a regular basis and even help spell his name. After a round of interviews he thanked me for not only being able to say his name correctly but also for being able to spell it correctly.

3. Do some research into the person you’ll be meeting with or talking to: With one client we were able to successfully schedule a meeting with a big name technology editor because we did a simple Google search, found out where he went to school and realized we had a similar educational background. In pitching our client I referenced this similarity and that was what it took to get us in the door. Had Gifford done a simple Google search, Wikipedia came up first and indicates that his wife had passed away. Interestingly, after Wikipedia, the majority of the first page is stories about Gifford’s blunder.

4. Practice: I was told once by a job consultant that a huge percentage of job candidates blow their chances because they can’t respond to the first question, “Tell me about yourself.” This consultant recommended that you practice how you’ll respond to this question. I would take it a step further and practice what you’re going to say in situations like interviews or other situations that cause anxiety or nervousness. These type of situations can be unnerving and cause even the best public speakers to tense up and say things erroneously or unintentionally. Practicing and knowing what you want to say will make you feel more comfortable and avoid saying something embarrassing or that you’ll regret later.

I understand that honest mistakes are made all the time. I also recognize that doing some simple homework and preparing in advance can prevent most mistakes. By doing some advance work you can eliminate or at least minimize potentially embarrassing moments.

What are you doing to prepare for and avoid embarrassing moments?