What’s the best education for running a business? An MBA? Here’s another idea—I am increasingly impressed with the lessons every business owner can learn from America’s immigrant entrepreneurs.

From Google’s Sergey Brin to eBay’s Pierre Omidyar to thousands of local and neighborhood businesses, there’s no denying the impact of immigrant entrepreneurs. According to the U.S. Chamber of Commerce, immigrant-owned companies created nearly half a million jobs and more than $50 billion in revenue in 2012.

The Chamber’s research shows that 25.3% of all science and technology firms in the U.S. were founded or co-founded by immigrant entrepreneurs. These industrious souls have also revitalized neighborhoods, generated local jobs and also helped U.S. businesses grow internationally with the help of the trans-national capabilities they bring. U.S. Census data also reports that immigrants are more likely than native citizens to choose self-employment—5.1% are self employed in their own incorporated businesses as compared to only 3.7% of native-born U.S. entrepreneurs.

I’ve taken the chance these past several weeks to get better acquainted with four of these entrepreneurs who originated in Shanghai, Taiwan, Lebanon and Canada. Each has a highly interesting story, but collectively they share specific traits all can learn and that could provide a greater advantage to any entrepreneur.

I met AJ Rassamni several weeks ago in Las Vegas at a bootcamp for professional speakers. He didn’t strike me as the public speaker type at the time. Fifty-one years old, soft spoken, and with an unmistakable accent he told me about his early life in Lebanon. When AJ was eight years old, his father was diagnosed with cancer and died. When he was 12, a civil war erupted in Lebanon that resulted in nine years of conflict that tore the country apart. During the war, he began learning of the many people who’d immigrated to the U.S., worked hard, and succeeded in living the American dream. Inspired, he came to the U.S. in 1985 at age 23 with just $100 in his pocket.

AJ Rassamni is the author of the Exponential Success System

Two years later he went to work in a car wash while going to college at night and established an “impossible goal”: to own the carwash himself (a company with a value of $1 million) within the space of 10 years. At night he studied the traits of successful companies—456 of them—and during the day he took on more and more responsibility at the car wash. As he identified a struggle in any area, he would fix it until he had improved the business substantially with his presence and had made himself indispensable (all while earning a student-level hourly wage). In 1989 he approached the owner. “I have an offer from a competitor,” he declared. “I’m going to need to go.”

The owner couldn’t imagine the loss and begged AJ to stay, offering him 10% equity in the business if he would remain. Perfect. Now he worked to surmount the next phase of his plan—to use the 10% equity as collateral for a loan to buy the rest of the company outright. Right and left he was refused until he also pledged the equity in his small home as the additional collateral he would need for the loan. This time he succeeded, and within the 10-year period he had successfully purchased the car wash business he was working for, in full. He went on to purchase multiple other washes and noted with pride that he had appeared on the cover of Car Wash Magazine (coincidentally near the time that one of my clients, Dan Dyer and NASCAR Car Wash appeared on the cover of that publication as well).

Today, at the age most native-born Americans are still working for an hourly wage, Rassamni has authored two books—Gaining The Unfair Advantage and the newly released Exponential Success System—and spends his time as an educator and speaker. (More about AJ at www.ajrassamni.com).

Nadine Lajoie endured a difficult childhood in Quebec, Canada on a chicken farm and credits her profound success to “the stubbornness of an immigrant.” Her motto for living is “never give up.”

She bemoans the difficulty of making the legal move to the U.S. “Even if you have money, start a business and employ people, the requirements are really strict and bureaucracy is maximized,” she says. It took Nadine four years and two refusals to get her E-2 Immigration Visa to operate her business from within the U.S. “Now I understand why there are so many ‘illegals’ here,” she says.

Through her real estate business she has done 14 deals in three states and has provided jobs to more than 25 people so far. She credits her business success to a “champion mindset,” using the lessons she’d learned in music and sports. A former champion motorcycle road racer (at 180 mph), she developed what she now calls the “5 Secrets of a High Achiever”:

Upon her arrival to the U.S. in 2007, Nadine spoke little English, but attended the best conferences she could find to learn from successful real estate entrepreneurs. The concepts were daunting and the language barrier made her frustration must worse. She added two more traits to her arsenal: “Be stubborn and relentless.” Finally, a little success—then the RE crisis took her hard won strategies away. She managed to lose only $500, but then began a new set of challenges as it took six weeks to open a bank account; insurance companies turned her away and utility firms could not start services to her houses because she didn’t have a social security number, and she couldn’t obtain one without an immigration VISA, which required “a substantial amount of investment at risk that is already invested in the U.S. and has created jobs”…. All without a social security number? A veritable catch-22.

But true to her motto, Nadine has never given up. She became a millionaire at age 41 and has now appeared in USA Today, ABC, Fox and CBS Money Watch (among other programs) and is the author of Win The Race of Life. She has also proven irrefutably that raw stubbornness and force of will can be an invaluable trait.

I count Sandra Fan as a personal friend. This sassy (and beautiful) 34-year-old woman began her life in Taiwan. At age nine her entrepreneurial parents (they distributed products for USANA) moved the family to Auckland, New Zealand. She achieved a bachelors degree of Fine Arts with the help of a scholarship, and realized two weeks into her first traditional job that entrepreneurship was the life she preferred. 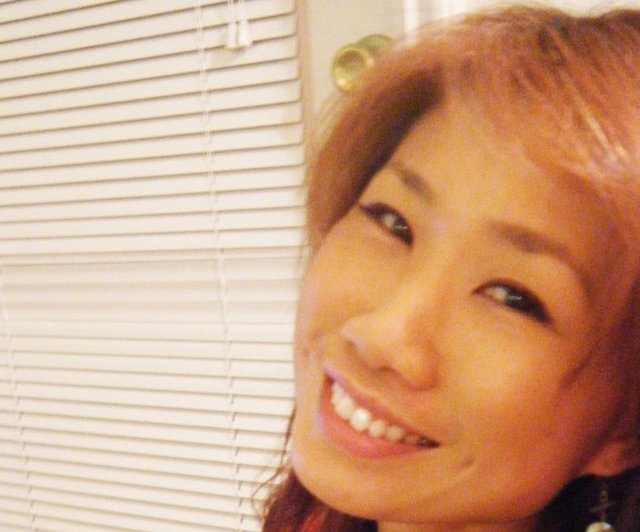 Sandra loves to sell. She adores cold calling. Over a period of five years she dedicated a minimum of two hours every day to personal development—no TV, no music, no radio or entertainment—and she attended every seminar and training she could find that would help her to grow as a person, as a leader and most importantly, as an entrepreneur.

In 2010, a visit to Salt Lake City began the siren call of the America dream. Inspired by the idea of returning, she worked harder shifts and saved her money. On May 5, 2011, she returned to Salt Lake City on a student VISA with two suitcases and $10,000 (her life savings) taped to her midsection and hidden under her clothes. In her first semester of school, an eye infection temporarily took 40% of her vision making it impossible to continue. It was destiny, however. Sandra discovered the CEO Space business growth conference, signed up to sell on commission, and within six weeks had brought in nine new members.

Just as in New Zealand, Sandra’s desire to network and sell was on fire. In 2012, LinkedIn noted her profile was among the top 5% most viewed worldwide. In April 2013, she progressed from Salt Lake Club President to Utah State Director for CEO Space, and she continued to grow her income 75% each month until suffering a serious car accident in September 2013. Within two months she was back in the saddle and now runs one of the largest and fastest growing CEO Space chapters in the world, hosting 80-100 people at every sold-out monthly event.

She is delighted to note her role as one of the most well-known and respected “super connectors” in the state of Utah and in growing CEO Space Utah into one of the organization’s top hubs in the U.S., if not worldwide. “I’m thrilled to work alongside some of the most remarkable businesses and thought leaders such as Berny Dorhmann (CEO Space Founder) in the world,” she says. With a note of humor, she loves to observe the increasing number of people who turn to her for validation on the organizations and resources they choose: “Perhaps I’ll start a new index for people and companies that are ‘Sandra Approved.’”

Sandra’s rules for entrepreneurial success are as follows:

Does this whirlwind of a human being ever feel hesitation? I recall a conversation with Sandra shortly after we’d met when she confided that although she speaks four languages (Taiwanese, Japanese, Mandarin and English), she sometimes finds herself using smaller words than she is able out of fear that she might pronounce something wrong. “I think I may need a language coach,” she said. I beg to differ. I believe all who know Sandra are agreed that she is doing just fine.

Born in Shanghai, China, Richard Fong’s parents moved to Kansas when he was eight years old. When he was nine, they opened a Chinese restaurant. As soon as he was tall enough to reach the sink’s big nozzle, he was assigned to wash dishes on Sundays for a dollar a day. It was fun at the time, he recalls, but as he watched his parents work 12–14 hour days 6–7 days a week, he realized he never wanted to work in a restaurant again. He also learned, he says, that for small businesses, it can be very hard to earn a buck. 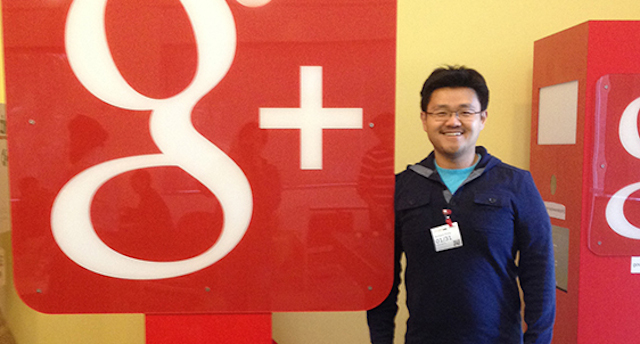 Now Fong makes his living by providing online marketing and SEO services to other entrepreneurs. He holds a degree in economics, but put himself through college by doing web development on the side. In 2007 he retired from a corporate gig as a financial analyst with the knowledge that just as his parents had done, he wanted to own his own business. But how? He did affiliate marketing and promotion of sites—he spent tens of thousands of dollars on training—and ultimately modulated his efforts to focus on both online and offline marketing and strategies that would allow him to do more face-to-face interaction with local entrepreneurs in the Irvine, California location he now feels fortunate to regard as his home. Since opening his business, Bliss Drive, Fong has built more than 300 websites and has amassed a roster of delighted customers as he’s earned his “black belt in digital marketing.”

Who are the most inspiring immigrant entrepreneurs you’ve met, and what have you learned from them? I look forward to hearing your thoughts.