Here’s another reason for “no spin” communications and authentic PR: In the world of Internet and video everywhere, even if you try to spin a story your body language will give you away.

This week I met sales and body language expert Linda Clemons at the CEO Space December Forum in Las Vegas. Clemons’ clients have included Major League Baseball, U.S.Customs and the FBI. She assists in jury selections and has advised a number of Fortune 500 firms.

Jokingly as she introduced herself in Las Vegas she noted that she knew what most of the attendees in the room were thinking and could even detect what many had been up to the prior night. In seriousness, though, Clemons maintains that body language never lies. In the microsecond before a person speaks, the body has communicated and the viewer’s brain has detected the truth.

We communicate in multiple ways, Clemons told me: 1) words, 2) tone, 3) nonverbal, and for some 4) haptics (touch). Nonverbal communications is innate and existed even before we knew how to speak. Tone as well can put a spectrum of meanings on top of the words that we say.

What this means in the world of PR and communications is that increasingly, deception won’t play. If the modes of conversation don’t agree there’s a disconnect, and when there’s inconsistency, the nonverbal clues will overrule the words that you say.

However, learning to be more clued in to nonverbal signals can help you as you deliver a message more effectively by letting you know whether your listeners are with you or not. In a presentation setting, the clues can indicate how your board members will vote before they’ve even uttered a word.

For example, Clemons told me, the direction a person’s feet are pointed is an indication of where their mind wants to go. in another example, when Bill Clinton was famously asked about his personal discretions, his head was instinctively nodding yes while his mouth responded with, “No, I did not have sex with that woman.”

How should entrepreneurs use this information? No amount of training can subdue our nonverbal clues, Clemons says, but we can learn to be aware of when the signals we send may be disconcerting to some. For example, politicians may give off a smile during campaigning that they hope will look authentic; however a genuine smile is called a”Duchenne smile” (for the Frenchman Guillaume Duchenne) as it engages the muscles around the eyes and mouth. When it comes to power smilers, Ellen Degeneres has a great smile, Clemons says. So do Steve Harvey and Sheryl Underwood. Interestingly, all three of these are comedians who skilled at making their audience smile.

Where body language is concerned, “fake it ‘til you make it” is a very bad plan, Clemons says. No one can practice their way out of their nonverbal “tells” except for psychopaths, whose brains legitimately believe they are telling the truth. Body language extends to dress and appearance as well, Clemons notes, giving us yet another reason to look the part of the authority role we are trying to play.

How to tell for certain when somebody is telling a lie? For starters, Clemons says, be sure you have full view of the individual, as even the legs and the feet provide clues. Watch for the “freeze” as the primitive brain realizes when it’s caught and has to quickly make the “fight or flight” decision to come up with an explanation or flee. Another strategy for detecting untruth—ask the person to repeat their version of events backwards. The brain will be even less able to maintain the lie when the story’s told backwards and the truth is even easier to ascertain. 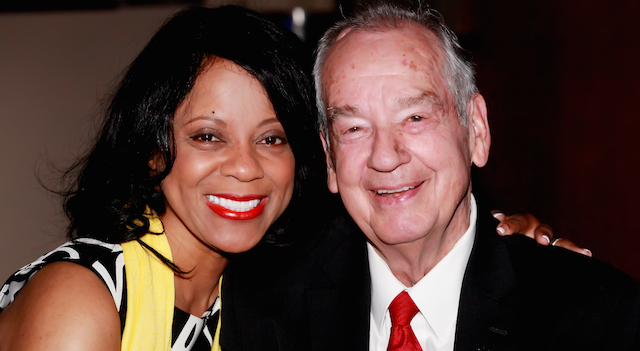 When you communicate, consider the way children speak, Clemons says, as children have even less ability than adults to hide the signals that uncover their lies (it’s much of where the “mom instinct” comes from, she says).  Think “TAP” – Be Truthful, be Authentic, and when your verbal, your tone and your nonverbal signals align, the validity of your message will become much more powerful as the result of the Proof.

Do you have a question or a story to share about nonverbal messaging? Feel free to respond below, or to engage with Linda directly, reach out to her at www.lindaclemons.com.