SnappConner PR was chosen as Agency of Record for City Summit and Gala 2017. Since its inception in 2015, the post-Grammy City Gala event (expanded in 2017 to include a day-long Summit) has been a humanitarian program that brings highly accomplished and visible artists, such as Halle Berry, John Travolta, and Russell Simmons, business leaders and high-impact individuals together with an eye toward philanthropy start ups and lesser-known non-profit and charitable organizations. 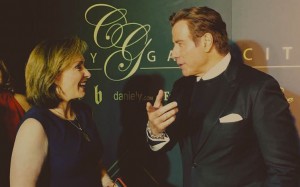 Given its L.A. location and roster of Tier 1 celebrity speakers and guests, press coverage for this event has traditionally been limited to the entertainment and Hollywood press, making it difficult to communicate the deeper humanitarian mission and vision of the organization. SnappConner was selected to lead the 2017 events specifically because of our deep experience in securing business and entrepreneurial PR. The result: Coverage of the 2017 programs was nearly triple the results of the 2015 event. City Gala was covered in more than 34 programs and articles in publications ranging from Eonline and People.com to Inc., Huffington Post, USA Today video, multiple stories in Entrepreneur, and a live interview and story in Forbes.com.

Following the success of the City Gala program, SnappConner has been tapped for additional Tier 1 and celebrity events in New York and L.A.